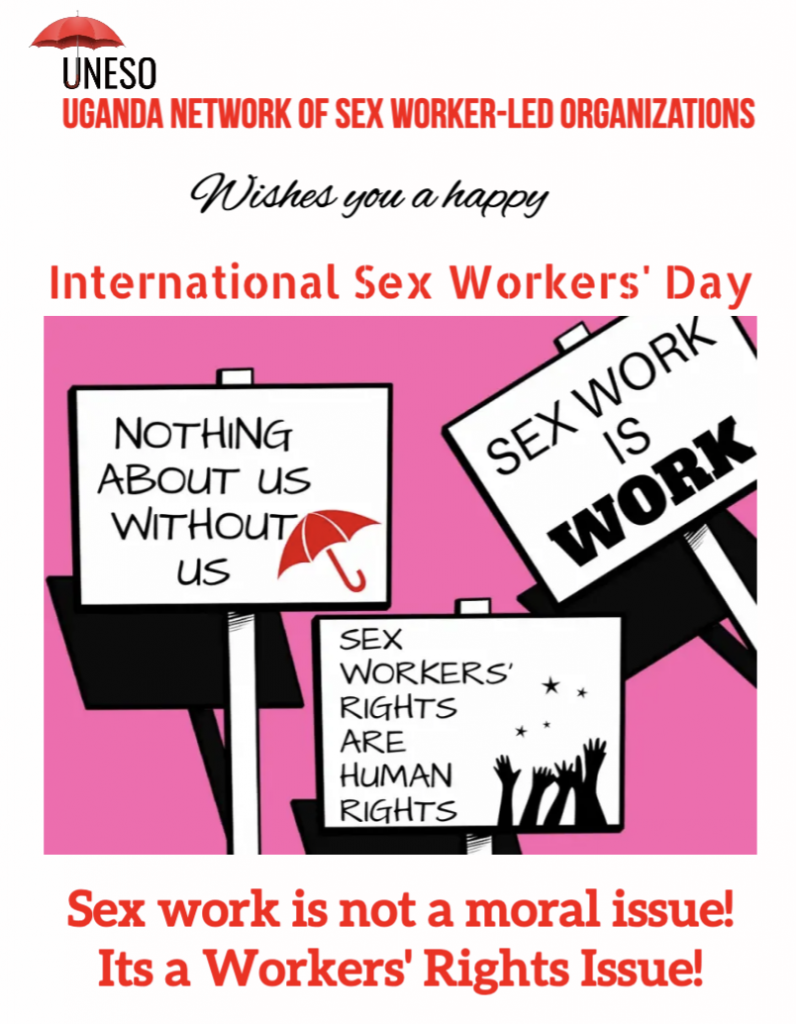 Access to justice is enshrined in international laws such as the Universal Declaration of Human Rights as the right to equal protection, due process, and freedom from arbitrary arrest and torture.

In Uganda, the criminalization of sex work regulates sex workers’ access to justice where they are denied justice both as victims of crime and when charged with crimes.

In most cases, the law enforcement officers often dismiss and give less attention to reported cases from sex workers on crimes against them.  Their testimonies are of less value than those of their perpetrators.

In the last couple of years, the sex worker movement has documented rampant violations committed against sex workers notwithstanding murder cases that have been on an increase but no justice has ever prevailed. The failure to grant all forms of justice to sex workers has given perpetrators more power to continue violating sex workers since no action will be cautioned against them.

Many sex workers face intersecting forms of criminalization and discrimination that impact their access to justice on grounds of gender identity, sexual orientation, race, ethnicity, social class, HIV status, country of origin, and/or migration status. Fear of being arrested or charged is a major barrier to sex workers’ reporting crimes against them to the police.

As the Uganda Network of sex worker-led organizations, we recommend,