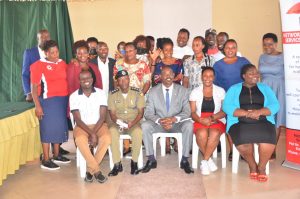 On May 10th 2022 in the southern region, specifically Ntungamo district, sex worker-led organizations/groups from the region in coordination with the Network organization(UNESO), had their voices amplified and brought their attention to the key regional stakeholders in a regional stakeholders’ dialogue meeting on health and human rights protection and promotion for sex workers in the region.

The main purpose of the dialogue meeting was to create a platform for stakeholders and sex workers to meet, discuss and make strategic collaborations on the promotion of health and human rights for sex workers.
In their presence was the Ntungamo Residents District Commission(RDC) Mr Mucunguzi Geoffrey who addressed the meeting as the guest of honour. In his speech, he emphasized the need to promote human rights for all as he said, “all Ugandans have human rights and sex workers are not an exception; as an RDC, I have a mandate to protect the rights of Ugandans and must do so without discrimination, favour or fear”
He asked the meeting participants to give gratitude to the government of Uganda which has brought as well as maintained peace over time, unlike other previous regimes. He said, “sex workers are in existence and working because of the peace prevailing in Uganda”.
He made the following recommendation:
Sex workers should start advocating for the legalization of sex work so that they start paying taxes because sex workers earn an income.
He asked sex workers to support the government security agencies in preventing and fighting criminality because sex workers have wide coverage of people of diversity.
He continued by asking sex workers to continue supporting and mobilizing for the current ruling party(NRM) because sex workers can be good mobilizers in appreciation of the liberty they are enjoying.
He concluded by reminding sex workers that AIDS still kills, sex workers should take HIV prevention at the centre of their work.
Sex worker leaders got an opportunity to share their experiences. These included:
Challenges and opportunities in the sex worker community and challenges faced while working with especially implementing partners in their areas to accelerate HIV prevention among the key populations.
One of the key cross-cutting issues was corruption in implementing HIV projects among KPs where most KPs are just taken as beneficiaries and not key players, to the extent that even the simplest activities that can be managed by sex worker groups are not being implemented by the sex workers.
In addition, KP peer leaders are not appreciated and are just given/paid tokens for their hard work.
It was as also realized that sex worker-led groups in the region lack proper coordination to enforce well-coordinated advocacy for their health and human rights. This was identified as the main challenge as to why they are being used by partners and other stakeholders who come in the name of supporting key populations.
Other key remarks and/or recommendations made in the meeting were:
The vice LC chairman Mr Matsiko Cranemer of the area made a confession about the existence of sex workers in his cell, and the violations they face. He noted that he never knew that sex workers are organized in such a way that they can even conduct useful and productive meetings and so on that note, he thanked UNESO so much for the initiative to create awareness on health and human rights among sex workers and other stakeholders in the district.
The partner, COMEI – ED, Ms Margret expressed that, when implementing a KP project, it’s better to work with organized KP-led groups than working with KPs as individuals because it eases mobilization and promotes meaningful inclusion and participation. She, therefore, pledged to contact UNESO for coordination purposes of its members in their project which involves KPs in Kabale, Rukiga, and Ntungamo.
Ms Akunda, senior clinical officer, Ntungamo HCIV, thanked UNESO for meeting and informed us that the dialogue was due because health workers need to be brought on board for them to understand the health issues of sex workers if we are to fight poor attitude and stigma in the clinical settings towards sex workers and other KPs. She mentioned that Uganda’s health care system is still wanting, that is, there is still a challenge in offering comprehensive STI treatment, so many times patients who need STI treatment are given half dose and given prescriptions to buy other medicines. So she recommended sex workers start an initiative like a support group where they can solicit funds to support each other buy necessary medicines when faced with a recurrent STI. She asked sex workers to continue lobbying and advocating for a DIC in the Ntungamo district to help in bringing services nearer to the KP community.
The meeting was concluded with key action points to move forward. These are:
The need to organize and conduct a regional meeting with all implementing partners and sex workers in the regions to share and lay strategies on how best they can work together in harmony to accelerate HIV prevention services among sex workers.
Sex worker-led groups in the southern region are to form an initiative to help them work on improving their advocacy so that they are able to speak the same language when advocating for their health and human rights.
The need for continuous collaboration building and strengthening because sex workers work alone in the struggle for their rights. 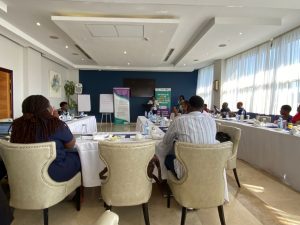 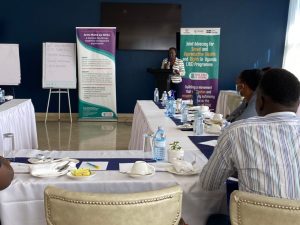 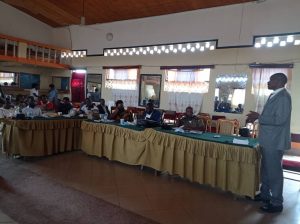 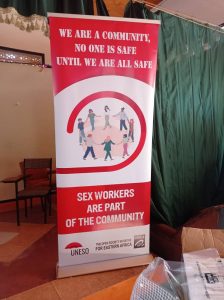