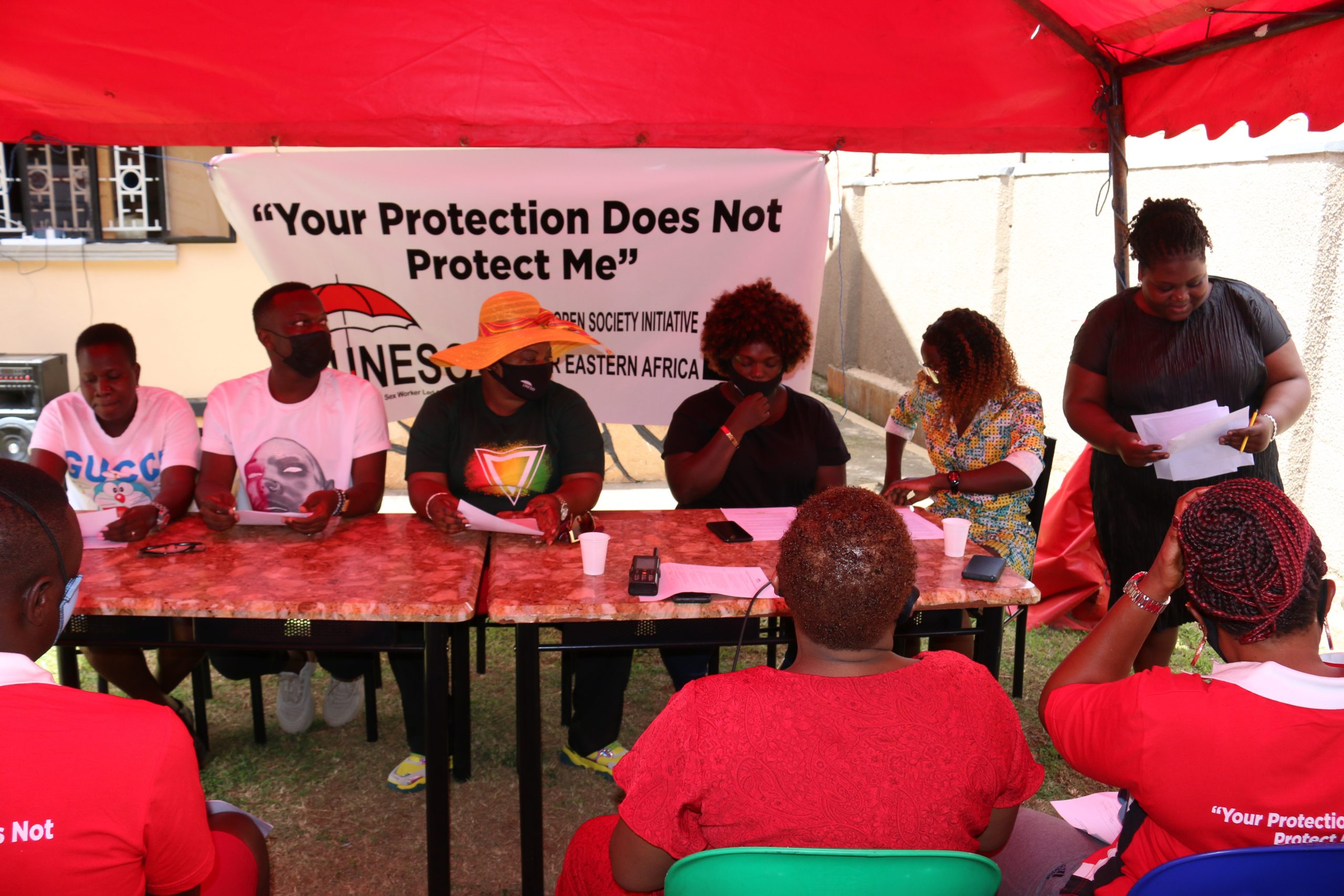 On 18th & 19th December 2021, UNESO was able to convene 70 sex worker leaders from the Central and Western regions of Uganda  respectively to commemorate  17th December International Day to End violence against sex workers.
During the events, UNESO held two press conferences aimed to call  for a joint action toward the elimination of all forms of violations against Sex workers and lighted up candles to remember those  lost to violence. 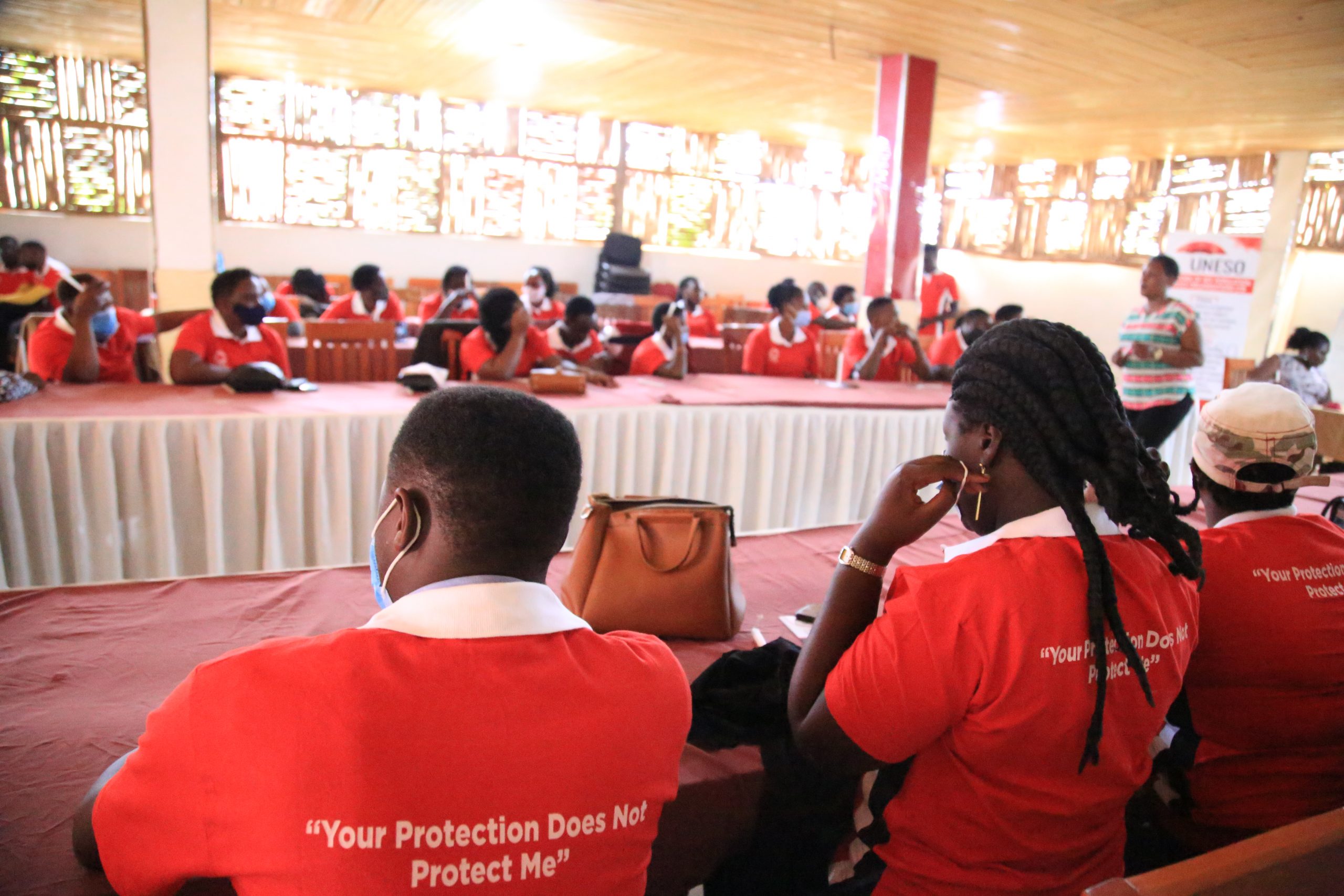 Ms. Naomi sharing about the theme of the day 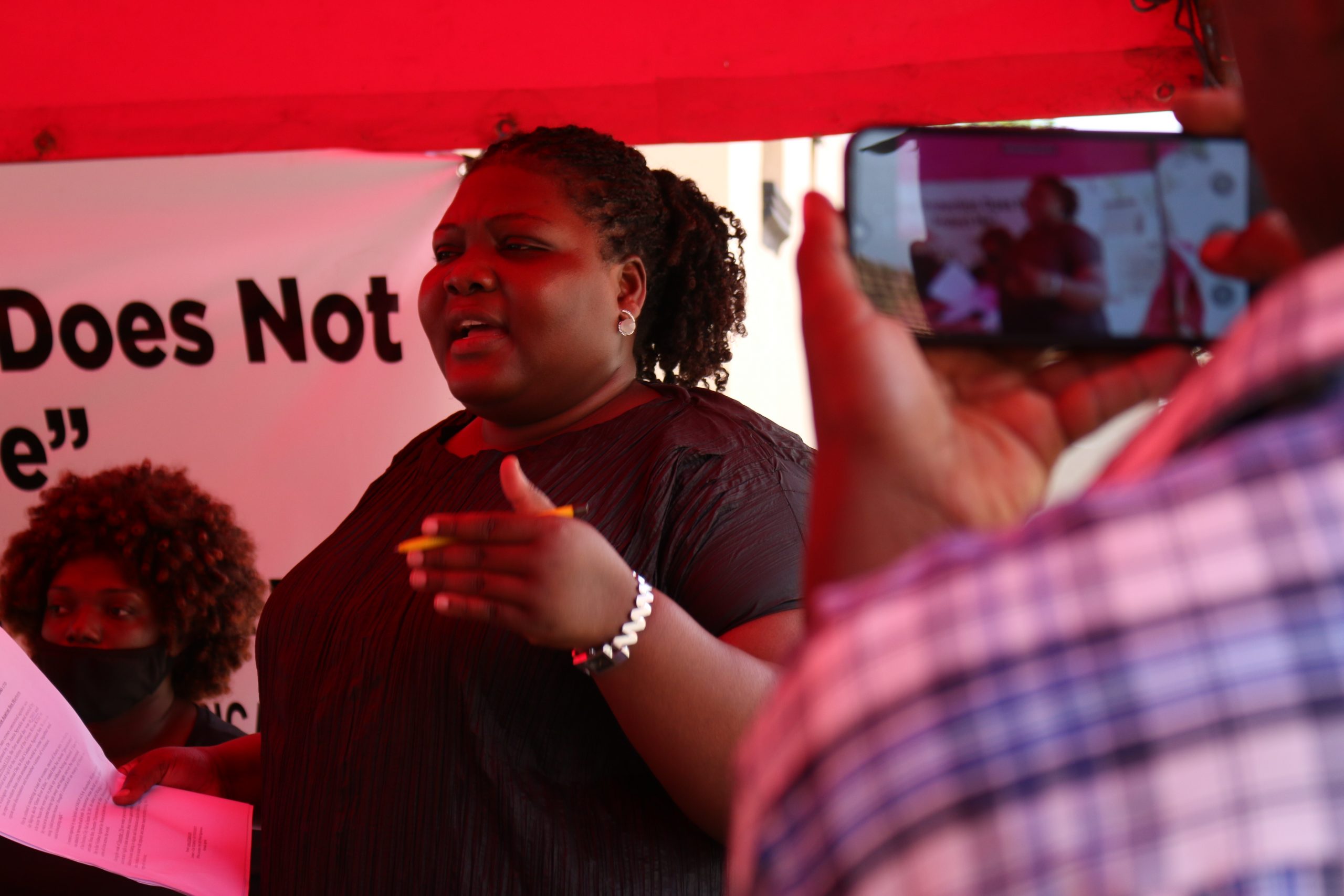 During the event, Ms. Daisy national coordinator gave a brief background of the day and  shared as to why the day is important to the sex work movement.

In her words – “The day was created to call for attention to hate crimes committed against sex workers all over the world after Gary Ridgeway, aka the “Green River Killer,” confessed to murdering at least 49 women, most of them sex workers.  He chose sex workers as his victims because they were easy to pick up without being noticed and no one reported them missing”.

During her speech, she argued sex workers to learn from the history of the day and  to continue reporting and documenting  violation incidents  impacted on to them, and to always share their experience with others in order to learn from one an other.

She concluded by  emphasized the point of building partnerships with other movements and human rights focused  organizations for joint support in advocating for the realization of sex workers rights.