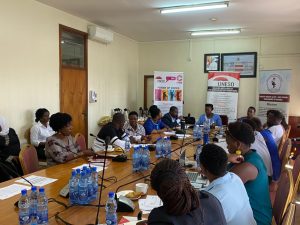 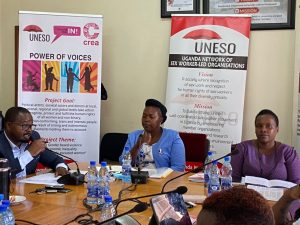 With support from CREA, UNESO is implementing a five-year project titled “COUNT ME IN 2.0” that seeks to address Gender-based violence and economic inequality experienced among structurally excluded women including female sex workers in all their diversities.
On 26th August, UNESO conducted a Dialogue meeting with parliamentarians/ legislators and sex workers on the sexual offences bill (SOB) 2019 and its effects on HIV prevention response among key populations.
The dialogue focused on the status of the bill and making reflections on the implications of the bill on access to justice and HIV prevention & treatment services for sex workers in Uganda, and forging collaboration between MPs and Sex workers on how to improve access to HIV prevention and treatment among sex workers. 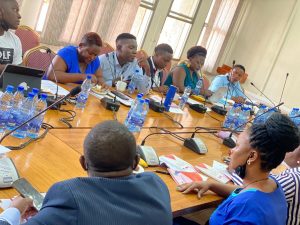 During the meeting, sex worker leaders shared their experiences on how criminalization has affected sex workers’ access to HIV prevention and treatment services.
“These laws push us to operate in hiding, with the fear of being arrested and accused as criminals. They fuel stigma and discrimination that affects our adherence to ART hence increasing the HIV prevalence among sex workers. Also negotiating for safe sex becomes hard because you be worried you can be arrested anytime” – Sanyu Hajara Batte sex worker leader.
Honourable members of parliament and sex worker leaders had a productive debate on why the Sexual Offenses Bill needs to be passed without clauses that criminalize sex work to see that the HIV prevalence among the sex worker community reduces.
During the meeting, it was noticed that most of the Honorable members were not receptive to the discussions because they strongly regard sex work as an immoral act and highly considered illegal in the country.
Previous ArticleIncreasing access and uptake of pre exposure prophylaxis (PrEP) among the sex workers in Uganda
Next Article GBV responders trainings in Southern and Western regions for sex worker leaders